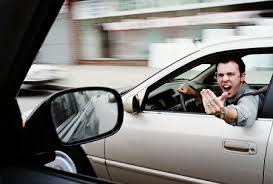 There. I’ve said it. It may not mean a hill of beans to you, but if you’re in the Huntsville, AL area it’s the only curse you need during rush hour. Chapman Mountain rears its ugly head (ok, there’s actually a lovely view of the valley, but you get the sentiment) at the point where Hwy 72 meets I-565 leading into the city. Granted, this part of North Alabama is more foothill than mountain, but something about this particular one attracts wrecks like day old poo attracts flies. To make it even worse, some morbid city planner, in an apparent fit of colic rage, decided to spread his melancholy across the city by putting not one but TWO stoplights at the foot of the mountain.  Can you predict the outcome?

Gridlock. Slamming of the brakes. Honking of the horn. Flipping of the finger. Gnashing of the teeth. And, oh yes, much cursing.

At best, cars traveling up this mountain weaves a slow accordion path up the slope like an inchworm  – albeit a very angry inchworm full of road rage. When one of the frequent wrecks occur somewhere on one side of the slope or the other, traffic on both sides comes to an even angrier crawl while motorists limber up their rubbernecks (If you can’t tell, traversing this mountain twice daily is the bane of my work week). But now, on top of the commuting travesties already endured by drivers on Chapman Mountain, there is a new peril we must face.

You heard me. As if all of the other hazards weren’t enough, the approaching Alabama Primary has attracted droves of would-be politicians standing in front of truck-mounted signs vying for the attention of passing motorists on high-traffic corridors. And, since those motorists not consumed with road rage are already busy texting or talking on the phone, eating, applying make-up, or shaving (yes, shaving), they have to work pretty darn hard to get that attention. In fact, this morning’s politician on Chapman Mountain was jumping up and down and waving madly. Annoying as it may be, his ruse worked! Car after car slowed down to stare at him, causing the inchworm lining up behind them to contract and slam brakes (cursing goes without saying). The car in front of me even rolled down his window to pass on a thumbs up, completely ignoring the fact that he shared responsibility for the progression of traffic and therefore the mental welfare of a large percentage of angry morning commuters. *Gnashing of teeth*

The additional angry commuters caused by the carelessness of that politician probably arrived to work this morning in a worse mood than they were to begin with and probably took it out on their coworkers all day. Therefore, that politician directly contributed to spreading despair and despondency across Huntsville’s business community.

Now do you see how politics is bad for our economy?